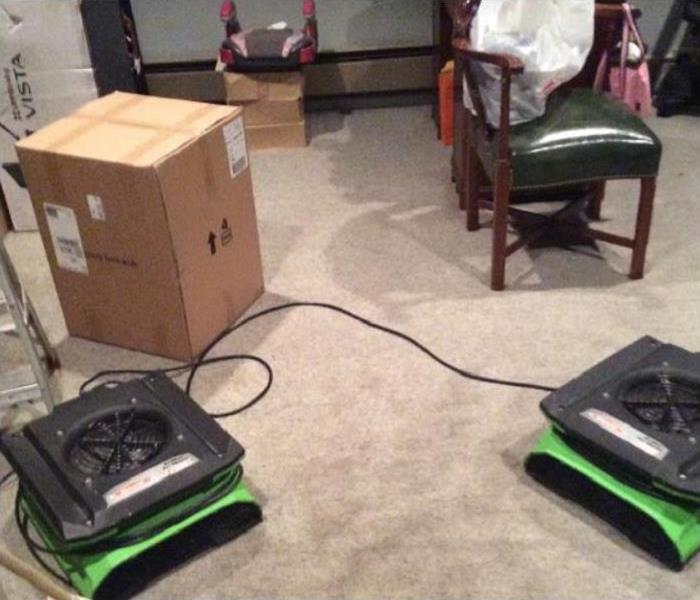 SERVPRO can restore your water damaged office. Call us today!

Long Island City, sometimes abbreviated as LIC, is a small neighborhood on Queens' western tip. The city was incorporated in 1870 and was the original county seat for Newtown before merging into the Greater New York City in 1898. The city has many perks, including:

Like much of the State of New York, the original settlers in the area were Native American tribes. The most likely group was the Mespat, drawn in due to the abundant hunting and fishing opportunities. Then Dutch farmers arrived in the 1640s. Two well-known family names came: the Rikers and the Bogardus/Jans family, who founded Hunter's Point land where Dominie's Bowery stood, and the legal fight over the property became one of the strongest in New York legal history.

The story begins with Anneke Jans, who settled the New Netherland colony (later New York) and acquired a large land parcel. When she died in 1633, she stated the land needed to be sold by her six surviving children and split the proceeds. Her heirs did as she wished, and the land changed hands several times, becoming known as King's Farm. As the farm's wealth and prestige grew in the area, Anneke Jans' descendants began to feel cheated by their ancestors' actions. Right after the American Revolution, when titles to land were in dispute throughout the area, the great-grandson of Anneke Jans named Cornelius Bogardus filed a claim that his family's branch had not given up their share to the Farm formerly known as Dominie's Bowery. He based this claim on the 1779 Act of Forfeiture and Sale of the Estates of Persons who have adhered to the Enemies of this State," which declared any New Yorkers that claimed loyalty to Great Britain forfeited their right to own land or live in the state. The courts did not agree with Bogardus, but the family pursued the claim on the land through legal channels for more than one hundred years.

How Soon Should Commercial Water Removal and Restoration Services in Long Island City Begin After a Pipe Break?

When there are plumbing issues that cause commercial water removal needs in a Long Island City property, the answer is the cleanup efforts need to begin as quickly as possible for more than one reason.

Water Does Not Age Well

Unlike a fine wine, water gets worse and sometimes more dangerous with age. Even clean water from an interior pipe in a building can create larger issues if it sits for too long before it gets removed. SERVPRO techs routinely run into problems such as: